A carbon tax is a simple bipartisan solution to climate change. We are promoting a tax on fossil fuels at the source (e.g. at the well or mine) and returning all tax revenue to households as a quarterly dividend check.  Carbon dioxide (CO2) is the biggest contributor to global warming.  CO2 is generated whenever fossil fuels such as oil, gas, or coal are burned.  A tax on these emission would create a financial incentive for people and business to conserve energy and use alternatives like solar and wind.  People and businesses have developed an incredible ability to optimize their finances.  We carefully consider the cost of things every day to find ways to stay on top, or get ahead, of our finances.  A carbon tax would harness this natural tendency we have to live our lives in this way.  It’s a drive more universal across the population than our drives to do good in the world or to do just about anything else in our lives.

Another way to think about it is that it is currently free for companies and consumers to dump the waste products of burning fossil fuels into the air.  A carbon tax is a fee that would be levied on fossil fuels based on their contributions to atmospheric CO2 and global warming.  It would raise the cost of fossil fuels.  These costs would naturally be passed on to the end products produced from or with fossil fuels such as: gasoline, electricity, computers, food, etc.  Products that use less fossil fuel to produce, or in operation, would be cheaper than products that use more creating price signals to motivate consumer behavior.  Alternative energy which produces little or no CO2 would become more cost effective relative to fossil fuels.

WHAT WOULD THE REVENUE FROM A CARBON TAX BE USED FOR? 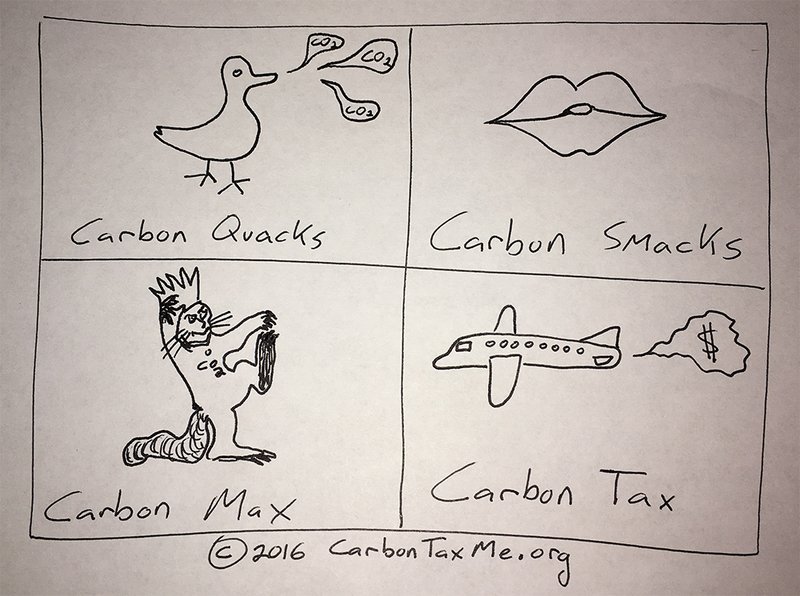 HOW IS CARBON RELATED TO GLOBAL WARMING?

Carbon Dioxide or CO2 is emitted whenever we burn fossil fuels like coal and natural gas (both used for generating electricity) and oil (used for gasoline and fertilizer).  CO2 collects in the atmosphere creating an insulating blanket for the earth, causing it to warm (the greenhouse effect). Global warming causes ocean levels to rise, weather patterns to become more severe, and at our current rate of CO2 emissions will dramatically change life as we know it within our children’s lifetime.

WHO ELSE IS PROMOTING A CARBON TAX?

A tax or fee on carbon has been gaining a lot of popularity in the last few years among both liberals and conservatives.  An organization that has been doing a fantastic job lobbying for a revenue neutral federal carbon fee and dividend gaining bipartisan support is Citizens Climate Lobby.

Also, here are some prominent individuals who support a Carbon Tax:

Elon Musk does too: Hear his speech at the UN Climate Talks, Dec 2015

…and thousands of other prominent clear thinkers.

It is incontrovertible that global warming is happening and that humans have caused most of the problem.  By now everyone seems to accept the first point, but there are still some who choose not to believe the second one. The degree to which humans are causing climate change is a scientific issue like what causes cancer or whether boson particles exist, so it requires a scientific answer.  Here is a short list of references that I find compelling in addressing the question.  These are in order from the most accessible and readable to the most scientific and precise: 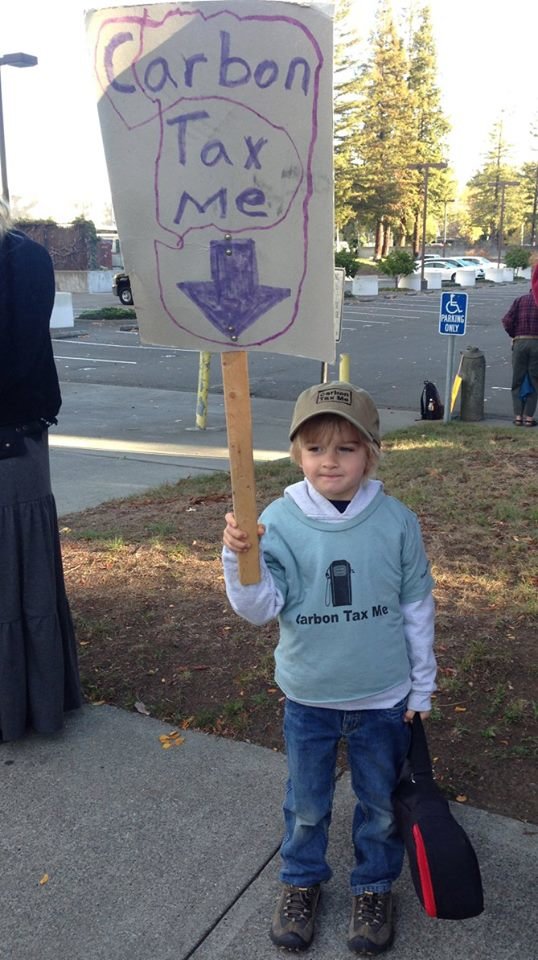